Unlike most members of the cat family, tigers seem to enjoy water and are strong swimmers. © Jonathan Rossouw

With the densest fur of all big cats, Snow Leopards are specially adapted to frigid, high-altitude conditions. © Surya Ramachandran

Take in the jaw-dropping views of some of the most remote, rugged and scenically magnificent terrain on Earth. © Giovanna Fasanelli

Wild Boars have poor eyesight, but with their long, straight snout, these animals have a powerful sense of smell. © Jonathan Rossouw

More than a wilderness adventure, more than a safari, this is a true pilgrimage in search of two of the world’s most legendary, and most elusive, Big Cats. Join Apex Expeditions on a special Tigers and Snow Leopards India Safari to explore the wildlife bastion of Kanha National Park, where prime Sal forests and grasslands are home to one of India’s largest populations of Bengal Tigers. Then journey to Ladakh, high in the Himalayas, where at this time of year the Grey Ghost of the Mountains, the Snow Leopard, descends from the snowy fastnesses in pursuit of its ungulate prey. En route, you may also encounter highly endangered Dhole, or Asiatic Wild Dog, and Barasingha, or Swamp Deer, as well as Gaur, Himalayan Ibex, Tibetan Wolf, Himalayan Snowcock, Bearded Vultures and more, all subjects in these regal felines’ realms. 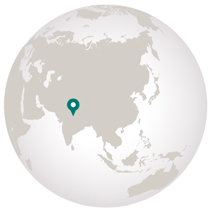 Jonathan is excited to return to Ladakh to lead your quest to see the exquisite Snow Leopard. END_OF_DOCUMENT_TOKEN_TO_BE_REPLACED

Liam will share his passion and expertise for big cats and their unique behaviors. END_OF_DOCUMENT_TOKEN_TO_BE_REPLACED

Inconspicuous were it not for their vocalizations, the pikas are a characteristic component of the fauna of Northern Hemisphere high mountain regions. Commonly known as "whistling hares" due to their shrill, alarm calls or “mouse-hares” on account of their diminutive size and tail-less appearance, the pikas are neither mouse nor hare, belonging to their own family, the Ochonitidae. They do not hibernate during the depths of winter, surviving instead on food stores they assemble during the summer months. In the Himalayas, the sight of a curious Royle’s Pika enlivens any hike in the mountains.