Up to 500,000 Wildebeest calves are born in February and March each year, at the beginning of the rainy season. Calves learn to walk within minutes of birth.

After humans, Chimpanzees are the most intelligent of our planet’s primates. Like us, they use numerous gestures, facial expressions, and vocalizations to communicate. © Jonathan Rossouw

When first born, Lion cubs are kept safely hidden by their mothers for up to six weeks until they are old enough to follow the pride. © Marco Tonoli

Native to the savannas of Tanzania, the Masai Giraffe is not only the largest giraffe, but also the highest terrestrial animal in the world. © Jonathan Rossouw

Leopards are skilled climbers and will carry their heavy prey up into the trees to protect their meal from scavengers. © Marco Tonoli

Tanzania Safari: The Serengeti and Mahale

The combination of iconic wildlife spectacles and staggering scenic diversity leads us to believe that this is the very “Best of Tanzania”! Photograph Savanna Elephants and Fringe-eared Oryx among the statuesque baobabs of Tarangire. Experience giant Tuskers and countless Lions in the world-renowned Ngorongoro Crater. Stay in the Southern Serengeti’s only permanent tented camp to witness the timeless drama of the synchronized birthing of thousands of wildebeest and zebra. And track Chimpanzees in the fabled Mahale Mountains, for intimate, once-in-a-lifetime insights into the lives of our closest genetic cousins. Join Apex as we take in the full circle of life on this Tanzania safari of the Serengeti and Mahale. 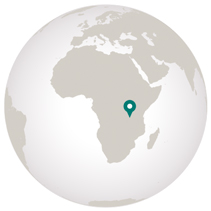 Apex Expeditions’ rates include all accommodations, meals, activities and excursions, as noted in the itinerary. In addition, the trip price includes flights from Southern Serengeti to Mahale and from Mahale to Arusha (Kilimanjaro Airport), as noted in the itinerary; services of an Apex Expeditions leader for every six guests, plus local guides throughout; all gratuities; airport transfers; plus local beer and wine with lunch and dinner daily.

Marco looks forward to sharing his expertise—and his photography tips—of the Serengeti and its fascinating wildlife. END_OF_DOCUMENT_TOKEN_TO_BE_REPLACED

More Than a Lot in Common

The Chimpanzee is our closest relative, sharing about 98% of our genes. They are highly social animals, living in communities that can number anywhere from 10 to more than 100 individuals. Like humans, Chimpanzees communicate with facial expressions, gestures, and sounds. They also touch each other a great deal by kissing, embracing, patting on the back, and touching hands. These intelligent creatures have opposable thumbs and a firm grip, allowing them to pick up objects to use as tools. Twigs can be shaped and used to fish termites from their nests and leaves are bunched together to hold drinking water.