South Africa supports over a third of the 5,000 Great White Sharks left on Earth, and nowhere is their concentration higher than off Dyer Island in Gansbaai. © Giovanna Fasanelli

Largest of the Protea plants, the King Protea (protea cynaroides) is the national flower of South Africa. © Jonathan Rossouw

Lions are the most socially inclined of all wild felids, a pride of related females and offspring hunt as a coordinated group to bring down their prey. © Marco Tonoli

A Karoo Prinia perched on flowering Aasbossie. The aromatic leaves contain essential oils used by fishermen to remove the odor of Redbait (Aas) from their hands, hence the common name. © Marco Tonoli

The secret is out, South Africa is beautiful, biologically diverse and culturally rich, with visitors flocking to its savannahs and shores. Apex Expeditions has gathered its resident experts to design an expedition that showcases not only the best, but the most unique and varied experiences a South Africa tour has to offer. Join us as we take you off the beaten path, skirting the major parks and exploring less frequented, but highly productive, wildlife corners of this richly varied land. From an elite reserve tucked beside Kruger National Park famed for its Leopard lineage, to the grasslands of the Southern Kalahari that offer Aardvark and Ground Pangolin, and the remote Overberg Coast teeming with marine giants and apex predators, this is South Africa at its finest! 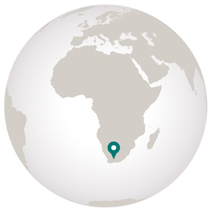 In addition to all tour services from arrival in Johannesburg through departure from Cape Town as described in the itinerary, the trip price includes all flights within South Africa, as noted in the itinerary; all gratuities; services of one Apex expedition leader for every seven guests, plus local guides throughout; plus local beer and local wine with lunch and dinner daily.

Sharing the hidden corners and unexplored highlights of my home country, a country I know so well and about which I'm so passionate… what a privilege indeed! END_OF_DOCUMENT_TOKEN_TO_BE_REPLACED

Don’t call me a Jackass!

The African Penguin is endemic to the coastline of Southern Africa. Because they are ground-nesting birds, they primarily nest on 24 offshore islands where they are less vulnerable to predators. There are only three known African Penguin breeding colonies on the mainland. They were once commonly called Jackass Penguins due to the donkey-like braying sounds they make, a trait shared by several South American species. We now refer to them with the more geographically accurate and species specific name of African Penguin.