Through a combination of extreme physiological and behavioral adaptations, the Gemsbok is capable of surviving in regions totally lacking in surface water. © Jonathan Rossouw

Toward the end of the dry season, waterholes around Etosha Pan create some of the greatest wildlife spectacles on the African continent. © Jonathan Rossouw

Brown Hyenas tend to scavenge rather than hunt and can be spotted along the Skeleton Coast shoreline, especially near Cape Fur Seal colonies. © Martin Harvey

The rugged Kunene region is home to the only desert-adapted elephants south of the Sahara. © Jonathan Rossouw

A Camelthorn stands as a lonely sentinel in a sea of Bushman grass in the vast NamibRand, Southern Africa’s largest private nature reserve. © Giovanna Fasanelli

The legendary Etosha National Park boasts Namibia’s healthiest population of Lions. Although dominating the feeding at a kill, Etosha’s male lions participate in under 5% of all hunts. © Jonathan Rossouw

Striking and statuesque, the Himba are a hardy people who adhere staunchly to their semi-nomadic, pastoralist way of life. © Jonathan Rossouw

As the driest country south of the Sahara, Namibia showcases the extraordinary fusion of an unforgiving land with a unique, thriving ecosystem. The scarcity and unpredictability of rainfall has shaped a remarkable living landscape of unparalleled beauty, contrasts and intrigue. Celebrated for its astonishing scenery, abundant wildlife and fascinating cultures, this desert-dominated country offers a startling array of experiences. Behold the arresting beauty of the Namib’s towering red sand dunes; observe the electric activity of wildlife-packed waterholes in Etosha National Park; track desert-adapted elephant within the breathtaking rockscapes of Damaraland; encounter one of the world’s last, true nomadic tribes, the Himba; witness the raw and rugged Skeleton Coast; and star-gaze under bejeweled night skies. Join Apex on this alluring Namibia safari to discover a country gathering well-deserved recognition as one of Africa’s most sought-after travel destinations. 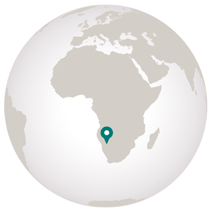 Namibia speaks to Marco’s passions—species adaptations in harsh and extreme habitats along with the art and science of tracking. END_OF_DOCUMENT_TOKEN_TO_BE_REPLACED

Whose Dunes Are They Anyway?

The world-famous dunes of Namibia’s Namib-Naukluft Park are amongst the highest in the world, some towering 700 feet above the desert floor. Their origin can be traced to the headwaters of South Africa’s Orange River, in the Lesotho highlands. Over millions of years, this mighty, 1,400-mile-long river has deposited countless grains of sand into the Atlantic Ocean, only to be swept northward by an icy Benguela Current and eventually deposited onshore by strong wind and waves. Their stunning hues of pink, orange and red are a result of high concentrations of oxidized iron and garnet, the oldest dunes possessing the deepest colors.