Jaguar, the only Panthera species found in the Americas is also the largest in the Western Hemisphere and occurs in the Pantanal in their highest density. © Jonathan Rossouw

Hyacinth Macaws, the avian epitome of the Pantanal’s wilderness, are delightfully numerous in copses of palms. © Jonathan Rossouw

The Giant Anteater (Myrmecophaga tridactyla) is the largest in its family and is mostly terrestrial, in contrast to other anteaters and sloths, which are arboreal or semiarboreal. © Jonathan Rossouw

The world’s largest rodent and a very selective feeder, the Capybara is a semi-aquatic mammal found in densely forested areas near bodies of water. © Jonathan Rossouw

Brazil boasts the highest natural diversity of any country on Earth and yet few have even scratched the surface of its immense natural attractions. Apex Expeditions has crafted an in-depth itinerary including Amazon rainforest and Pantanal tours to discover South America’s two foremost wildlife wildernesses. Explore Cristalino State Park, the very richest site in the iconic Amazon Basin, along with two incomparable wildlife treasures in the northern and southern Pantanal—Porto Jofre and Caiman Ecological Refuge. From the world’s largest rainforest to its largest tropical wetland, Giant Anteaters to Jaguars, Capybaras to Caiman, this is a Neotropical wildlife extravaganza without equal. 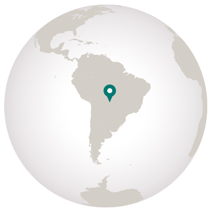 In addition to all tour services from arrival in Cuiabá, as described in the itinerary, trip price includes all gratuities; scheduled flights Cuiabá/Alta Floresta/Cuiabá and a charter flight Porto Jofre/Caiman Ecological Reserve, as noted in the itinerary; services of an Apex expedition leader and local guides throughout; plus local beer and wine with lunch and dinner daily. 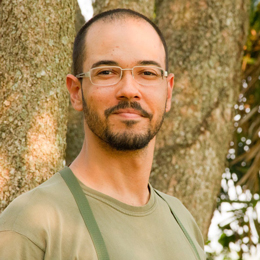 The Spectacle of Brazil’s Pantanal

Towards the end of the Pantanal’s dry season, the vast wetland begins to shrink, concentrating fish in ever-smaller pools. Herons, ibises, spoonbills and other waterbirds gather to feed and breed in huge numbers, sharing the feast with countless thousands of Yacare Caimans, an astounding wildlife spectacle.