Macquarie Island has 100,000 breeding pairs of King Penguins, the third largest such colony in the world. © G. Riehle

The majority of the Southern Royal Albatross breeding population is found on Campbell Island, with smaller numbers found on the Auckland Islands. © Gary Krosin

Hooker's Sea Lions, or Whakahao in Māori, is considered the world's rarest sea lion with numbers around 10,000. © Heritage Expeditions

Four species of penguin breed on Macquarie Island, including the endemic Royal Penguin with an estimated population of 850,000. © Meghan Kelly

Pyramid Rock, a basalt outcrop south of Pitt Island, is the only breeding place of the Chatham Island Albatross. © Gary Krosin

It’s what pelagic bird enthusiasts see when they close their eyes—this string of islands in the Furious Forties and Fifties, known as the “Albatross Latitudes.” On this cruise to New Zealand’s sub-Antarctic islands, one can see ten of the world’s albatross species, five of which breed nowhere but here. Petrels, shearwaters, prions, and storm-petrels are among the 40 pelagic species present, as well as seven species of penguin, including endemic Royal, Snares and Erect-crested Penguins. For non-birders, whales and breeding seals abound, as well as a wealth of jaw-dropping landscapes and mythical-looking megaherbs. All but one of the island groups is a UNESCO World Heritage Site, and they enjoy the highest conservation status, allowing for a truly staggering abundance of wildlife. Join Apex on this 17-day voyage aboard the Heritage Adventurer, sail to a wonderland of sub-Antarctic sea life that few people have ever visited. 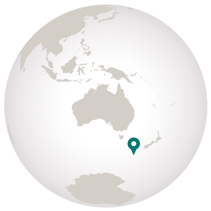 The Apex Expeditions rate includes, as noted in the itinerary, a welcome reception in Queenstown, with local beer and wine included; full drinks package onboard the vessel, which includes select wines, standard beer, standard cocktails, soft drinks and sparkling water; all gratuities; all landing fees; and transfers. In addition, the voyage rate includes an overnight in Queenstown on December 5th; accommodations and meals onboard Heritage Adventurer; activities and excursions as described in the itinerary; services of five Apex Expeditions leaders, as well as the full Heritage Expeditions lecture and expedition team.

Explore this seabird wonderland with Peter, seeking ten of the world’s albatross species among the 40 pelagic species present. END_OF_DOCUMENT_TOKEN_TO_BE_REPLACED

Jonathan will share his insights on the biodiversity of these islands and the seabirds and marine mammals you’ll encounter. END_OF_DOCUMENT_TOKEN_TO_BE_REPLACED

Hike through fields of megaherbs with Kevin and learn their role in the harsh ecosystems of the sub-Antarctic islands. END_OF_DOCUMENT_TOKEN_TO_BE_REPLACED

Photograph these spectacular islands alongside Shirley as you take in the jaw-dropping landscapes and abundance of wildlife. END_OF_DOCUMENT_TOKEN_TO_BE_REPLACED

Located about half way between Australia and Antarctica, Macquarie Island is a special place of exceptional beauty and unique natural diversity. It is the only island in the world composed entirely of oceanic crust and rocks from the earth’s mantle. From 2007 to 2014, a massive project was undertaken to remove rabbits, ship rats and mice from the island. In April 2014, with no sign of survivors, the project was declared a success. The island's vegetation is rapidly rebounding and sea birds are returning to nest in numerous areas. Today, Macquarie is a haven for up to 100,000 seals, 4 million penguins, and numerous species of seabirds to take refuge and breed.