Whale Sharks are the largest fish in the sea—their white-spotted coloration makes these gentle giants easy to distinguish.

At Kwatisore Village, learn about Papuan culture, shop for local handicrafts, and enjoy a performance by the talented string band.

Swim, kayak, and snorkel through pristine and incredibly clear waters that are every shade of blue and turquoise. © Chris McLennan

Immerse yourself amidst schools of brightly-colored reef fish as you snorkel among the world’s richest coral gardens. © Giovanna Fasanelli

The aptly named Spinner Dolphin can leap into the air and make as many as seven complete spins before diving back into the sea.

The Coral Adventurer debuted in 2019 as the most modern tropical expedition ship afloat with plenty of deck space for observing natural wonders. © Chris McLennan

There are 17,000 islands in Indonesia, give or take. Some people estimate that it would take a lifetime to visit each one. Well, best get started then, and what better way than with a 16-day voyage to the crème de la crème—the Bandas, Raja Ampat and the Vogelkop Peninsula region of West Papua, three of Indonesia’s most intriguing destinations. From the comfort of the agile, 120-guest Coral Adventurer, watch for dolphins, whales and seabirds, or immerse yourself amidst schools of brightly-colored reef fish as you snorkel among the world’s richest coral gardens. Visit 17th-century Dutch forts and nutmeg plantations in the Spice Islands; admire prehistoric cave paintings and Red Birds of Paradise in Raja Ampat; swim over hulking Whale Sharks and sunken WWII fighter jets in West Papua’s fabled Cenderawasih Bay. Join Apex on this Spice Islands & Raja Ampat cruise among Indonesia’s island jewels. 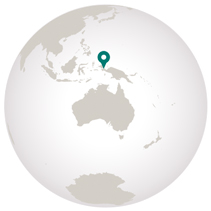 The Apex rate includes, as noted in the itinerary, two overnights in Darwin (March 18 and April 1); a welcome reception and dinner in Darwin with local beer and wine included; touring in Darwin on March 19; a farewell dinner in Darwin with local beer and wine included; charter flight from Biak to Darwin; all transfers; and all gratuities. In addition, the voyage rate includes accommodations and meals onboard the Coral Adventurer; all excursions and activities as described in the itinerary; services of four Apex Expeditions leaders, as well as the full Coral Expeditions onboard lecture team and expedition staff; house beer and wine during lunch and dinner service; 24-hour tea and barista-style coffee; entrance fees, and taxes.

An expert in this region, Jonathan is excited to share the rich coral reefs and exceptional birding with you. END_OF_DOCUMENT_TOKEN_TO_BE_REPLACED

Find Kevin on deck looking for Humpbacks and Spinner Dolphins, or join him to kayak through the pristine waters. END_OF_DOCUMENT_TOKEN_TO_BE_REPLACED

Gerald finds this itinerary to be an intriguing mix of history, culture, wildlife and spectacular natural beauty. END_OF_DOCUMENT_TOKEN_TO_BE_REPLACED

The Biggest Fish in the Sea!

Whale Sharks are the largest fish in the world, although they do have a few things in common with whales. For one, they are massive like whales—these graceful, docile creatures can grow up to 40 feet. They also feed more like whales than a typical shark. Swimming with their giant mouths wide open, they filter feed, collecting plankton and small fish along the way. Whale Sharks are solitary creatures but will often gather in large numbers in areas with abundant plankton. In fact, they will travel great distances to find enough food to sustain their huge size. Scientists believe that some individuals swim across entire oceans to arrive just in time for a plankton bloom—an incredible feat for a fish.