Chimpanzees have opposable thumbs and a firm grip allowing them to pick up stems, twigs, branches, leaves and rocks to use them as tools. © Jonathan Rossouw

The Hippo’s eyes and nostrils are located high on its head, which allows it to see and breathe while submerged for up to 16 hours a day. © Chada Katavi

Lions are the only cats that live in groups, or “prides,” family units that may include up to three males, a dozen females, and their young. © Marco Tonoli

Towering behind the Greystoke Mahale lodge, the Mahale Mountains are home to one of the largest known populations of wild Chimpanzees left on the planet. © Greystoke Mahale

African Elephants are the largest land animals. Adults consume up to 300 pounds of food in a single day to sustain their massive bodies. © Kigelia Ruaha

With strong legs and a powerful bite, the Nile Crocodile is Africa’s largest freshwater predator, capable of taking down zebras, wildebeests, and small Hippos. © Chada Katavi

The Cape Buffalo is one of the most abundant of Africa’s large herbivores, sometimes congregating by the thousands. © Jonathan Rossouw

Southern Tanzania traditionally receives less publicity than the more famous Serengeti and Ngorongoro Crater, but its staggering biodiversity, scenic variety and untrammeled feel have seen it emerge as a firm favorite among discerning wildlife lovers. The region’s game-viewing showpiece is the 21,000-square-mile Selous Game Reserve, a vast tract of wilderness that supports the world’s largest surviving populations of Lion, Buffalo, Hippo and Sable Antelope. Other highlights include the baobab-studded woodland and rugged slopes of Ruaha National Park, the teeming seasonal floodplains of Katavi National Park, and the superb Chimpanzee-tracking of Mahale Mountains National Park, the latter set on the shore of Lake Tanganyika. Leave the crowds behind, and join Apex on an expertly-guided Southern Tanzania safari that flies between all four of these iconic wildlife destinations, exploring them at a sufficiently relaxed pace to appreciate all they have to offer. 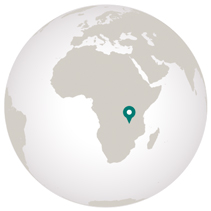 More Than a Lot in Common

The Chimpanzee is our closest relative, sharing about 98% of our genes. They are highly social animals, living in communities that can number anywhere from 10 to more than 100 individuals. Like humans, Chimpanzees communicate with facial expressions, gestures, and sounds. They also touch each other a great deal by kissing, embracing, patting on the back, and touching hands. These intelligent creatures have opposable thumbs and a firm grip, allowing them to pick up objects to use as tools. Twigs can be shaped and used to fish termites from their nests and leaves are bunched together to hold drinking water.