Polar Bears are the largest land carnivores in the world, feeding primarily on the fat of ice-dependent Ringed Seals and Bearded Seals. © Elliott Neep

Walruses use their powerful tusks to haul themselves onto ice floes where they gather in herds to sunbathe and sleep. © Richard Sidey

Wend your way past the fjords and icebergs of Greenland’s west coast and through the Canadian High Arctic.

Muskoxen - Aside from Polar Bears, Muskoxen are the largest animals to roam the Arctic tundra, and can weigh up to 800 pounds. © Gary Krosin

The Silver Wind is one of the most adaptable ships available, with a strengthened ice-class hull and equipped for cruising in remote regions.

The lore of Northwest Passage exploration is beloved by adventure travelers and armchair historians alike. On this 26-day Northwest Passage cruise with Apex, you have the exceedingly rare opportunity to retrace the steps of the most intrepid Arctic explorers as you wend your way past the fjords and icebergs of Greenland’s west coast and through the Canadian High Arctic. Visit the spots where famed explorers met their demise, small and hardy Inuit communities and the ruins left by their predecessors, research stations abandoned and active, and near-mythical Arctic wildlife including Narwhals, Belugas, Muskoxen and the elusive Polar Bear. End the journey in Alaska, achieving what John Franklin never did, a complete traversing of the legendary Northwest Passage. 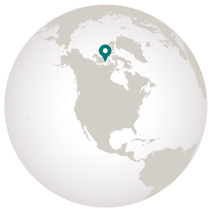 The Apex rate includes, as noted in the itinerary, a welcome reception and dinner in New York with local beer and wine included; all transfer; and all gratuities.
In addition, the voyage rate includes, as described in the itinerary, roundtrip economy-class air from select cities to and from the start and end point of the trip; overnight in New York prior to the voyage; charter flight from New York to Kangerlussuaq; accommodations onboard the Silver Wind; activities and excursions as described in the itinerary; services of two Apex Expeditions leaders, as well as the full onboard Silversea lecture team and expedition staff; all crew gratuities; complimentary room service onboard the vessel; all meals and select wines and spirits onboard the vessel; and all entrance fees and taxes.

Join Kevin to seek and learn about the near-mythical Arctic wildlife including Narwhals, Belugas, Muskoxen and the elusive Polar Bear. END_OF_DOCUMENT_TOKEN_TO_BE_REPLACED

Ingrid will tell the courageous stories of early adventurers who sought to find the Northwest Passage route. END_OF_DOCUMENT_TOKEN_TO_BE_REPLACED

A Natural Beauty and Scientific Wonder

Did you know that Ilulissat Icefjord on the west coast of Greenland is a UNESCO World Heritage Site? Just 150 miles north of the Arctic Circle, this stunning ice-filled fjord is situated where the Sermeq Kujalleq glacier calves ice into the sea. Sermeq Kujalleq is one of the fastest moving and most active glaciers in the world, and one of the few places where ice from the Greenland Ice Cap enters the sea. The glacier has been studied for more than 250 years, allowing scientists to develop a greater understanding of ice-cap glaciology and climate change.