Snorkel through the marine-rich waters of tiny, volcanic Dobu Island with its bountiful coral gardens and bubbling Springs Reef.

See some of the world’s most remote spots, including the islets and five-mile-wide lagoon of Micronesia's stunning Kapingamarangi Atoll.

Tami Islanders are known for their ornate ceremonial masks. The sing-sing here is loud and punctuated by the beating of hand-held wooden drums. © James Godfrey

The 144-guest Silver Explorer is a luxury expedition cruise ship, designed for navigating waters in some of the world’s most remote destinations.

This is the raison d’être of expedition travel—some of the world’s most remote spots, marvelously unique in ecology and culture, separated by wide seas and intricate reef systems. This 22-day Micronesia and Papua New Guinea cruise is possible only via small ship, engineered to navigate difficult shorelines and take you where Edenic delights await every traveler: snorkelers will see some of the best coral reefs on Earth; birders can find endemic species like Micronesian Starlings and Pohnpei Lorikeets; history buffs can see remnants of the islands’ complex colonial past, as well as ever-present reminders of their pivotal positioning in WWII. Lovers of culture and nature alike will be blown away by the sing-sings presented by these staggeringly diverse communities. Let Apex and the Silver Explorer take you where few travelers can reach, to experience the vibrant landscapes and cultures of these many storied islands. 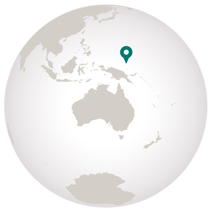 The Apex rate includes, as noted in the itinerary, one overnight and breakfast in Guam; one overnight in Cairns; touring in Cairns; farewell dinner in Cairns, with local beer and wine included; all gratuities and transfers. The Apex rate also includes a $1,500 per person credit for unused Silversea Economy Class Air package. In addition, the voyage rate includes accommodations and meals aboard the Silver Explorer; activities and excursions as described in the itinerary; services of four Apex Expeditions leaders, as well as the full Silversea Expeditions onboard lecture team and expedition staff; and select wines and premium spirits onboard the vessel.

Kevin finds this itinerary to be an exciting mix of culture, history, wildlife, and incredible natural beauty. END_OF_DOCUMENT_TOKEN_TO_BE_REPLACED

Being quite passionate about this part of the world, Gerald is excited to show you its rich flora and fauna. END_OF_DOCUMENT_TOKEN_TO_BE_REPLACED 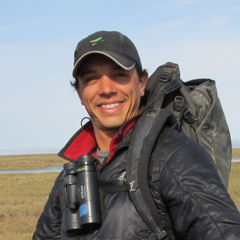 Join Duke on deck to scan the horizon for dolphins and whales, or for a snorkel in the sparkling lagoons. END_OF_DOCUMENT_TOKEN_TO_BE_REPLACED

An expert in volcanology, John is eager to share his insights on the geology of the islands you’ll be visiting. END_OF_DOCUMENT_TOKEN_TO_BE_REPLACED

The Sacred Tradition of Wayfinding

Traditional navigation, also known as “wayfinding,” is a sacred cultural practice that allows mariners to navigate the open ocean using only their natural surroundings—the constellations and the moon at night, the sun during the day, as well as the ocean waves. Wayfinders also learn to observe and interpret other signs of nature, such as clouds and the behavior of animals, especially seabirds, to indicate proximity to land. This method of open-ocean sailing has been used for thousands of years and is still practiced in some areas of Micronesia today. The art and science of wayfinding is passed on almost exclusively through oral teachings from a master navigator. The next generation of sailors and navigators then assumes responsibility for learning and carrying on the sacred knowledge of their ancestors for the sea and the heavens.