Other than humans, no other primates live in a colder climate than Japanese Macaques, also known as Snow Monkeys. © Robert Spaulding

White-naped Cranes head to one of the largest winter gatherings of cranes in all of Asia, near Arasaki, Japan. © Mark Brazil

Steller’s Sea Eagles, the heaviest eagles in the world, winter in Hokkaido with an impressive gathering on the sea ice off the Shiretoko Peninsula. © Mark Brazil

The ethereal winter landscapes of Kushiro on Japan’s Hokkaido Island are dotted with a pair of Red Foxes. © Robert Spaulding

Japan is a diverse assemblage of islands with a rich culture and a fascinating array of wildlife that draws visitors year round. But unbeknownst to the average traveler, there is a wonderland of rugged landscapes and fascinating congregations of wildlife that only occur in the snowy winter months. Japan in winter excels with remarkable concentrations of Steller’s Sea Eagles on the ice edge at Shiretoko Peninsula and huge flocks of cranes on Kyushu Island, considered to be among the planet’s greatest wildlife spectacles. Our expedition also includes the enthralling Japanese Macaques and ends with the lavish ice carvings of the Sapporo Snow Festival. For travelers, photographers and wildlife enthusiasts, let us show you this unexpected side of Japan, delving deeper into the rich diversity of its ancient culture, exotic cuisine, and, above all else, its extraordinary wildlife. 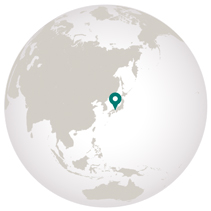 Weighing up to 20 pounds and with a wingspan that can exceed 8 feet the Steller’s Sea Eagle is regarded as the world’s largest and most powerful eagle. Classified as vulnerable, the majority of the world’s 5,000 or so individuals breed in the Russian Far East. In winter the majority head south to Japan and in particular to the sea ice of Hokkaido. Hundreds of them gather each year on the ice flows and, along with their smaller relative the White-tailed Eagle, create one of the truly most amazing spectacles the world has to offer.