Named for the golden color of its water, the 105-foot Gullfoss, or “Golden Falls,” in the Hvítá River canyon is one of Iceland’s most iconic waterfalls.

Kirkjufell, or 'Church Mountain', is a distinctly shaped peak on the north shore of Iceland’s Snæfellsnes Peninsula, a short distance from the town of Grundarfjörður.

Seen while exploring the “Golden Circle,” in Iceland’s Southern Region, Strokkur is an active geyser that erupts every 6-10 minutes.

At a latitude of approximately 64° north, Iceland is ideally located to see the aurora borealis, or northern lights, one of the world’s most spectacular natural wonders.

Þingvellir National Park is located in a rift valley created by the drifting apart of the North American and Eurasian tectonic plates.

The horses of Iceland are the original Viking horses and one of the purest horse breeds in the world.

“I have fantasies of going to Iceland, never to return,” Edward Gorey once famously wrote. It’s a sentiment shared by many a visitor to this land of fire and ice, drawn in by the cinema of its landscapes, the poetry infused in its culture—qualities that are enhanced and distilled by visiting in the quiet of early spring, the season of snow, ice, and the ethereal northern lights. To travel around this magical island at that time of year is to experience constant novelty, from snow-covered spires of volcanic rock to ice-crusted thermal pools; from quaint fishing villages to a cutting-edge capital city. Join Apex on this 13-day Iceland in Spring Tour, walking on glaciers, hiking to frozen waterfalls, exploring ice caves, watching for the aurora, and contemplating just how a place can stir such strong feelings. Soak in the drama that is Iceland, where the landscape is as alive as the people, at a time when tourists are few and wonders are plentiful. 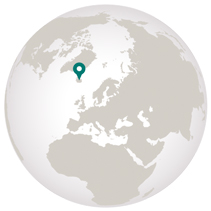 In addition to all tour services from arrival in Reykjavík through departure from Reykjavík as described in the itinerary, the trip price includes a charter flight Höfn to Akureyri, as noted in the itinerary; all gratuities; services of an Apex expedition leader, plus local guides throughout; plus local beer and wine with lunch and dinner daily.

Kevin is excited to share his knowledge, sense of adventure, and appreciation of the natural wonders you’ll see on this journey through Iceland. END_OF_DOCUMENT_TOKEN_TO_BE_REPLACED

Geysir—The Greatest of Them All

Iceland's Geysir, often called the Great Geysir, is the geyser for which all others are named—a name derived from the Icelandic verb, “geysa” or “to gush.” A geyser is a vent in the Earth's surface that periodically ejects a column of hot water and steam. They are a fairly rare phenomenon and only form where certain hydrogeological conditions exist—areas of geologically recent volcanic activity and a source of hot rock below. Geysers erupt when superheated groundwater, confined at depth, becomes hot enough and expands into the much more voluminous steam, causing a “steam explosion.” Today, Geysir is mostly dormant, though other hot springs in the Geysir geothermal area are quite active. Strokkur is the most active, spouting hot water as high as 100 feet into the air every few minutes.