Villagers will welcome you with traditional dance and song on some of the most idyllic islands imaginable.

Snorkelers on this Melanesia voyage will visit some of the best coral reefs on Earth, all teeming with life. © Giovanna Fasanelli

At Rabaul, witness the magnificent Baining Fire Dance, an ode to the first volcanic eruption witnessed by the Baining people. © Dan Kaufman

Both above and below the crystal-blue waters, this Melanesia adventure offers incredible cultural and natural diversity.

The Silver Explorer is the ideal vessel for exploring Melanesia. Her shallow draft allows her to navigate closer to shore with Zodiacs to explore even further.

Diversity is the catchphrase on this Melanesian adventure—both above and below the crystal-blue waters. Of all the world’s islands, none are as geologically varied, as naturally diverse and as deeply steeped in human history as the archipelagos of Melanesia. From the thousand living languages and complex cultural traditions, to the astoundingly varied coral gardens and plethora of endemic birds; from some of the world’s most active volcanoes to fascinating WWII sites. Join Apex on this 19-day Fiji, Vanuatu, Solomon Islands and Papua New Guinea cruise, where delights await every traveler’s interest. Step aboard the Silver Explorer and delve into the vibrant cultures and landscapes of these many storied islands. 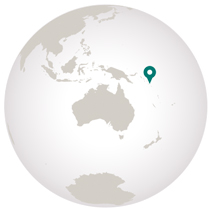 The Apex rate includes, as noted in the itinerary: welcome reception and dinner in Lautoka, with local beer and wine included; touring in Lautoka; all gratuities and transfers. In addition, the voyage rate includes roundtrip economy-class air from select cities; overnight in Lautoka, as noted in the itinerary; accommodations and meals aboard the Silver Explorer; activities and excursions as describe in the itinerary; services of five Apex Expeditions leaders, as well as the full Silversea lecture and expedition team; all crew gratuities; select wines and spirits onboard the vessel; all permits, entrance fees and taxes.

Join Peter on deck to watch for pelagic birds such as Kermadec and Tahiti Petrels, and the elegant White-tailed Tropicbird. END_OF_DOCUMENT_TOKEN_TO_BE_REPLACED

Stroll through the villages with Shirley, meet the people, and learn about their diverse island cultures and history. END_OF_DOCUMENT_TOKEN_TO_BE_REPLACED

Whether equipped with mask and snorkel or binoculars and spotting scope, Jonathan can’t wait to share Melanesia’s riches with fellow explorers. END_OF_DOCUMENT_TOKEN_TO_BE_REPLACED

Liam finds this itinerary to be an exciting mix of culture, history, wildlife, and natural beauty ready to discover. END_OF_DOCUMENT_TOKEN_TO_BE_REPLACED

In Baining culture, the Fire Dance is traditionally performed by young men as an initiation into adulthood. Women and children were long forbidden from watching. Today, visitors are invited to watch this important cultural ceremony. Dances are also performed to celebrate the birth of new children in the village, to remember the deceased, and to mark the coming of the annual harvest. An important part of the ceremony is an orchestra of men playing a variety of percussion instruments. As the tempo of the music increases performers will briefly dance in or jump through a large, central bonfire. The iconic masks worn by the performers are said to represent male-associated animals and plants of the bush. They are made from bamboo, leaves, grass, bark and cloth and used only once before they are burned or discarded.