Emperor Penguins of the Bellingshausen Sea

Emperor Penguins survive the harsh winters in Antarctica equipped with four layers of scale-like feathers that protect them from icy winds and provide a waterproof coat.

Chinstrap Penguins, identified by the black stripe under their chin, may be the most abundant penguin, with a population estimated at 7.5 million breeding pairs. © Jonathan Rossouw

With the largest wingspan of any bird, the Wandering Albatross can soar through the sky without flapping its wings for hours at a time. © Peter Harrison

Named for the pattern of black spots on their bodies, Leopard Seals are the only member of the seal family that eats other types of seals. © Shirley Metz

Adélie Penguins are the smallest of the Antarctic penguins. They have a black head and will develop white eye rings during their breeding season. © Peter Harrison

The Orca, also known as Killer Whale, is the largest member of the dolphin family. Considered an apex predator, they often use a coordinated hunting strategy to catch prey. © Jonathan Rossouw

Jean-Baptiste Charcot destroyed his beloved ship and nearly lost his life exploring Antarctica. Yet, after his last voyage in 1910, he yearned to get back: “Why, then, do we feel this strange attraction…we forget the mental and physical hardships, and want nothing more than to return?” Retrace Charcot’s path on a 20-day Emperor Penguin cruise south of the Antarctic Circle aboard the new hybrid electric icebreaker, Le Commandant Charcot. This is a rare opportunity to be among the few to experience the haunting landscapes and ethereal beauty of the Bellingshausen Sea, west of the Antarctic Peninsula. Wildlife abounds here with Leopard, Crabeater and Weddell Seals, and, of course, Antarctica’s foremost ambassadors, the penguins. Walk among the royalty of the Southern Ocean, the majestic Emperor Penguin, including visits to breeding penguins complete with crèches of chicks, arguably the world’s most endearing baby bird. Join the handful of people who have set foot on this largely unseen part of Antarctica and experience the soul-stirring allure that kept explorers, such as Charcot, coming back season after season. 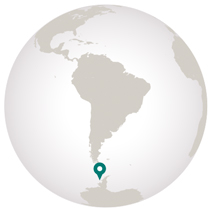 The trip price includes, as noted in the itinerary: accommodations aboard Le Commandant Charcot; activities and excursions as described in the itinerary; a welcome reception and dinner in Santiago with local beer and wine included; overnight in Santiago with a light breakfast; charter flights Santiago to Puerto Montt and Ushuaia to Santiago; services of four Apex Expeditions leaders, as well as the full Ponant onboard lecture team and expedition staff; all meals and beverages onboard the vessel (except certain premium brands of alcohol); all gratuities; and free Wi-Fi access onboard the vessel.

Join Peter on deck to watch for and learn about Snow and Antarctic Petrels, Wandering and Royal Albatrosses, South Polar Skuas, and more. END_OF_DOCUMENT_TOKEN_TO_BE_REPLACED

A veteran of over 100 voyages to the Antarctic, Kevin looks forward to sharing his knowledge as you retrace Charcot’s path. END_OF_DOCUMENT_TOKEN_TO_BE_REPLACED

Jonathan is excited for the amazing wildlife you’ll encounter from Leopard, Crabeater, and Weddell Seals, to Humpback Whales and Orcas, and, of course, Emperor Penguins. END_OF_DOCUMENT_TOKEN_TO_BE_REPLACED

A Year in the Life of an Emperor Penguin

In April, at the end of the Antarctic summer, Emperor Penguins will begin their march to their traditional breeding grounds—a journey across the frozen ice that can be as long as 90 miles. Unlike most bird species, the Emperor Penguin lays its eggs during the harsh Antarctic winter months of May or June. Once the female lays her egg, she delicately transfers it to the male. He must carefully balance the egg on his feet for up to 75 days, covering it with a loose fold of abdominal skin to keep it warm. Almost immediately, the female joins other females from the colony to make their way back to the sea to nourish themselves and bring back food for their newborn chicks.

The female returns in August, just before the egg hatches, locating her mate by his particular call. Now the male will head for the sea. Having fasted throughout the courtship, nesting, and incubation period, he can lose up to 45% of his body weight. Starting in November, the chicks will begin to grow their protective feathers, replacing their down, and the parents will stop feeding them. Their trek back to the sea begins in December, and the cycle will start all over again.