Set against a backdrop of towering Reinebringen, the tiny fishing village of Reine is one of the most picturesque in the Lofoten Islands.

Abandoned since 1930, the last residents of remote St. Kilda left behind a traditional Scottish coastal village which now lies in ruins.

Grey Seals are the largest carnivorous mammal in Britain, where they feed on fish, crustaceans, squid, octopuses, and sometimes even seabirds.

The Common Guillemot, often seen carrying fish in its bill, forages for food by swimming underwater, using its wings for propulsion.

Cruise the British Isles and Norway

“Wild” is not how most would describe Britain, which prides itself on being thoroughly civilized. Yet, a wild edge remains in the country’s far-flung islands, strewn with rugged sea stacks and natural archways, Iron Age towers, and ancient stone storehouses. The islands take on a more Norse flair the further north you go, until they mesh seamlessly with Norway. Join Apex to cruise the British Isles and Norway, exploring ancient and timeless lands steeped in the lore and history of the Celts, Anglo-Saxons, and Vikings. This expedition puts you in the midst of heathered moorlands, ancient forests, British countryside ablaze with wildflowers, Neolithic monuments, stone abbeys, and Celtic fortresses. Just offshore, on isolated islands, lie Europe’s largest seabird colonies—resonating with the caws and cries of puffins, guillemots, kittiwakes, and gannets, along with many migratory bird species—all in a frenzy of breeding activity. Cross the Arctic Circle, cruise impossibly deep fjords, and revel in the long northern summer days as you explore this truly wild corner of the northeast Atlantic Ocean. 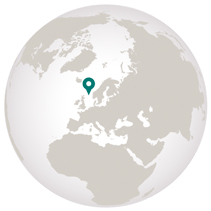 The Apex rate includes, as noted in the itinerary, a welcome reception and dinner in London with local beer and wine included; all transfers in London and Tromsø; and all gratuities. In addition, the voyage rate includes, as described in the itinerary, roundtrip economy-class air from select cities; overnight in London; accommodations onboard the Silver Cloud; activities and excursions as noted in the itinerary; services of Apex Expeditions leaders, as well as the full onboard Silversea lecture team and expedition staff; all crew gratuities; complimentary room service onboard the vessel; all meals and select wines and spirits onboard the vessel; and permits, entrance fees and taxes.

Map of British Isles and Norway

Close to his heart, Peter loves these fascinating islands, home to spectacular concentrations of seabirds. END_OF_DOCUMENT_TOKEN_TO_BE_REPLACED

Join Shirley for a walk through an exquisite garden and across landscapes bursting with wildflowers. END_OF_DOCUMENT_TOKEN_TO_BE_REPLACED

Join Kevin for an exhilarating forest hike or for a kayak along shorelines and cliffs packed with seabirds. END_OF_DOCUMENT_TOKEN_TO_BE_REPLACED

John will share the complex geological history of the British Isles and the spectacular fjords of Norway. END_OF_DOCUMENT_TOKEN_TO_BE_REPLACED

Meet the Colorful Clowns of the Sea!

Atlantic Puffins spend most of their lives at sea, but return to land to form breeding colonies during spring and summer. They usually pair with the same partner, reuniting at the same burrow site each year. Females lay a single egg and both parents share incubating duty. When the chick hatches, its parents take turns feeding it by carrying small fish, like herring or sand eels, in their beaks—in fact puffins are one of the few birds able to do so thanks to a unique hinge to their beaks. During the breeding season the male puffin’s beak turns bright yellow and orange, earning these birds their common nicknames: “sea parrots” or “clowns of the sea.”