Living in Australia’s mountain habitats, the rock-wallaby moves easily from rock to rock and up cliffs and trees, jumping as far as 13 feet. © Bruno Cazarini

The Saltwater Crocodile is the largest reptile on Earth, reaching more than 23 feet in length and over 2,200 pounds. © Bruno Cazarini

Zodiacs take you to King George Falls, whose 260-foot twin cascades are among the highest in Western Australia.

Known for their acrobatic displays, Humpbacks can generate enough upward force with their powerful flukes to lift their body out of the water.

Ningaloo Reef is Australia's largest fringing reef with more than 500 tropical fish species living in and around more than 200 species of coral. © Giovanna Fasanelli

The Australian Sea Lion is one of the most endangered pinnipeds in the world with an estimated population of 10,000-12,000 individuals.

This is an adventure that epitomizes expedition cruising: the opportunity to explore some of the most remote, inaccessible, rugged and sparsely populated terrain on Earth. Join Apex in exploring the nooks and crannies of Australia’s coastal Outback. You'll cruise Australia’s west coast to discover archipelagos rich in marine life, pristine reefs, desolate mountains and magnificent waterfalls. Learn of the area’s long Aboriginal history, the European explorers who first visited, and true tales of the old Outback. See clouds of breeding seabirds, migrating Humpback Whales, wallabies, and the infamous Saltwater Crocodile. Cross the Timor Sea and visit one of Indonesia’s most remote islands. Relish the access few people get as you discover Australia’s Last Frontier. 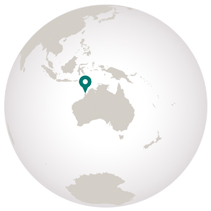 Discover the colorful underwater world along the Coral Coast and Ningaloo Reef with Jonathan. END_OF_DOCUMENT_TOKEN_TO_BE_REPLACED

Gerald will impart his knowledge of the array of mammals and reptiles you’ll encounter. END_OF_DOCUMENT_TOKEN_TO_BE_REPLACED

Watch for rock-wallabies and Saltwater Crocodiles with Liam and learn about the ecosystems they inhabit. END_OF_DOCUMENT_TOKEN_TO_BE_REPLACED 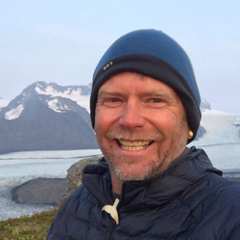 Join Dan on deck to watch for the Humpback, Southern Right and Blue Whales found in these coastal waters. END_OF_DOCUMENT_TOKEN_TO_BE_REPLACED

The Strongest Bite on the Planet!

Reaching lengths of more than 23 feet and weighing over 2,200 pounds, the Saltwater Crocodile is the largest reptile on the planet. At this size, Saltwater Crocodiles are capable of eating just about any animal that crosses their path. They have extremely powerful jaws along with strong teeth that can measure five inches long, resulting in the strongest bite in the animal world. Plus, their ability to hold their breath for long periods make them the perfect predator for hunting large land mammals. Saltwater Crocodiles lurk along the water’s edge and attack in a violent lunge at any potential prey that approaches the water. They are particularly adept at drowning terrestrial creatures like birds and mammals.