Orangutans are the only primarily arboreal great ape and are actually the largest tree-living mammal in the world.

The smallest member of the bear family, the Malayan Sun Bear leads an exclusively tree-dwelling life in the dense lowland forests of Southeast Asia.

Distinguished by its golden chest and throat, the yellow-throated Marten is the only one of its species to live in tropical and sub-tropical forests.

Dominated by Mt. Kinabalu at 13,000 feet, Kinabalu National Park is a World Heritage Site, considered one of the most important ecological areas in the world.

Borneo does not often make the headlines for positive conservation news, but there is, in fact, a robust conservation effort underway on this magnificent island. Within its parks and reserves, there still resides the most spectacular array of plants and animals that you can find on Earth. Join Apex on this 14-day Borneo wildlife tour and visit some of Northern Borneo’s untouched wild places. See Proboscis Monkey, Bornean Gibbon, Pygmy Elephant and Clouded Leopard in riverside mangroves. Watch for Slow Loris and Red Giant Flying Squirrel on night walks through ancient lowland rainforest. Trek among 800 species of orchid and search for the world’s largest flower, the incredible stinking Rafflesia, on the lowland slopes of Borneo’s highest mountain. And, of course, throughout the adventure, keep watch for Borneo’s “man of the forest,” the wise and winning Bornean Orangutan, still surviving, where protected. 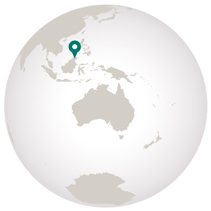 In addition to all tour services from arrival in Kota Kinabalu through departure from Kota Kinabalu, as described in the itinerary, the trip price includes all gratuities; services of an Apex expedition leader and local guides throughout; air within Borneo as noted in the itinerary; plus local beer and wine with lunch and dinner daily.

Sold out. Please contact us to be added to the waitlist.

With his passion for nature and conservation, Gerald is looking forward to sharing his knowledge of Borneo’s spectacular array of plants and animals.

END_OF_DOCUMENT_TOKEN_TO_BE_REPLACED

Meet Borneo’s Person of the Forest

Found only on the islands of Borneo and Sumatra, Orangutans are one of the most critically endangered of the great apes. Orangutan females only give birth about once every 8 years, the longest time between births of any mammal on Earth. She may have just two or three babies in her lifetime which means orangutans as a species struggle to repopulate as their numbers decline. Born with the ability to reason and think, this large, gentle ape is one of our closest relatives, sharing nearly 97% of the same DNA as humans. In fact, the indigenous peoples of Malaysia call this ape “orang hutan” which literally translates in English to “person of the forest.”