Chinstrap Penguins require snow-free ground for nesting and build their circular nests with stones, quite often stolen from other nests. © Peter Harrison

No two icebergs are ever the same, and one with penguins on it, such as these Adelies, offers the ultimate Antarctic photo opportunity. © Shirley Metz

As the name suggests, Antarctic Fur Seals are restricted to Antarctic waters with 95% of the world population breeding on South Georgia. © Jonathan Rossouw

On Salisbury Plain, gaze at a blanket of yellow, orange, black and white at the King Penguin breeding ground, where up to 70,000 pairs reside. © Peter Harrison

The Antarctic Peninsula is highly mountainous with peaks rising to about 9,200 feet. These mountains are considered to be a continuation of the Andes of South America. © Jonathan Rossouw

Steeple Jason is home to the largest Black-browed Albatross colony in the world with well over 150,000 nests. © Peter Harrison

With long daylight hours and beautiful summer light at this time of year, there is ample opportunity to explore this otherworldly kingdom. © Jonathan Rossouw

Long before man set foot on Antarctica, it loomed large in our imagination. The ancient Greeks obsessed over a Terra Australis, a vast continent in the far south of the globe to “balance” the northern lands. And it stirs our passions even still, this mythical world of ice, rock, sea, and sky teeming with colossal icebergs and gargantuan whales. Fulfill your explorer’s curiosity and follow the routes made famous by Shackleton and Amundsen on this 20-day journey aboard the luxury expedition vessel Silver Explorer. Visit massive albatross colonies in the Falkland Islands and Shackleton’s grave in South Georgia, see pink-tinged glaciers at Elephant Island. Walk among tens of thousands of penguins and seals, and experience that place of legend, the endless white and blue of the Antarctic Peninsula. 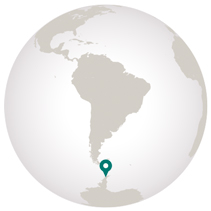 The Centenary of Shackleton’s Endurance Expedition

Polar explorer, Ernest Shackleton, believed that crossing the continent was the next great Antarctic ‘first’ to be accomplished. In 1914, with a crew of 27 men, Shackleton set sail for the Antarctic aboard the ship Endurance. Despite losing their ship in one of the most remote parts of the world, Shackleton’s extraordinary leadership and relentless efforts brought all 28 men home in 1916. We will toast “The Boss” and recount this incredible story as we sail the same waters and visit several historical sites.