Named for the distinctive structure of its head, the Hammerhead Shark’s wide-set eyes allow it to more easily find stingrays, its favorite prey.

The Giant Moray Eel is the only animal in the world to use a second set of jaws while hunting, to capture and restrain their prey. © Giovanna Fasanelli

With an iridescent apple-green and light blue body, the Blue Green Chromis is one of the colorful reef fish you’ll encounter. © Giovanna Fasanelli

With a white body and red stripes, the Longnose Hawkfish is often found perched on and camouflaged by a Red Gorgonian Sea Fan. © Giovanna Fasanelli

Spend 10 nights aboard the 16-guest Blue Manta as you discover some of the world’s most remote dive and snorkel sites.

The Yellowstripe Scad is a schooling species of predatory fish that feeds on crustaceans and a variety of planktonic prey. © Giovanna Fasanelli

There was a time when the Molucca Islands, in Indonesia’s Banda Sea, were the center of the colonial universe, causing diplomatic havoc over their rare and coveted spices. But then it seems this corner of the world was “forgotten,” left to the indigenous islanders and magnificent flora and fauna, both above and below water. Lucky for you, because to dive in the Moluccas is to experience a pristine, and ecologically vibrant, paradise. Join Apex on this 14-day Banda Sea diving adventure. You’ll muck dive off Ambon Island, then move to a liveaboard vessel and venture to the most remote reaches of the archipelago. See massive coral gardens as you dive and snorkel with swarms of brightly-colored fish. Swim with hulking pelagic predators like Dogtooth Tuna, and visit “Hammerhead hot spots,” frequented by schools up to 200 strong. Spot dolphins, whales and sea turtles as you explore off smoldering volcanic islands of staggering beauty on this spectacular Banda Sea dive trip. 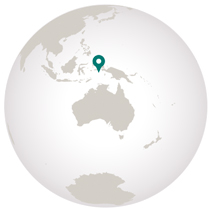 In addition to all tour services from arrival in Ambon through departure from Ambon as described in the itinerary, the trip price includes all gratuities; services of an Apex expedition leader, plus local guides throughout; and local beer and wine with lunch and dinner daily.

Jonathan is excited to explore these vibrant coral reefs and encounter huge schools of Hammerhead Sharks.

END_OF_DOCUMENT_TOKEN_TO_BE_REPLACED

Why Hammerheads have such an unusual-looking head

Unlike most sharks, Hammerheads usually swim in large schools during the day, sometimes numbering in the hundreds. At night, they become solitary hunters. The unique shape of the Hammerhead Shark’s head allows it to see better than other sharks. Their wide-set eyes give them practically a 360-degree range of vision so they can more thoroughly scan the ocean for food. Hammerheads are also able to detect the electrical fields created by prey animals such as stingrays (their favorite meal) buried in the sand. Once located, Hammerheads will use their large heads to pin the stingray against the seafloor before it can sting.